Poznań is located in west-central part of Poland, on the Warta River and it’s a main city of Wielkopolska region. One of the biggest cities in Poland and one of the oldest one. Nowadays it i also said that Poznan is a well developing trade and industry center. As being home city of third biggest Polish university (Adam Mickiewicz University) – Poznan is a very attractive place for students. The new symbol of Poznan is Stary Browar facilities – Art and Business Center that has won a competition organized by National Geographic as a first on the list of seven New Polish Wonders. Poznan has its own saints patrons – Saint Peter and Paul of Tarsus. 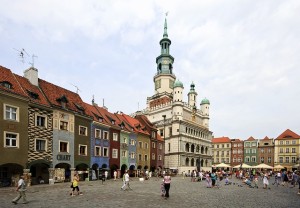 There are  around 30 public and private universities in Poznan: 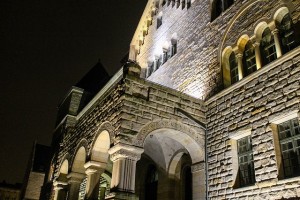 Poznan was established in the 9th century, at first as a fortress built on an island at Warta River. By one century later it was a quite big settlement. Since the beginning of the 13th century Poznan became recognizable as a market town. During the middle ages the city developed very fast and prosperous. In 16th century two important education facilities were opened in Poznan – Lubranski Academy in 1519 and Jesuit College in 1573. Then in 17th and early 18th century Poznan experienced several wars. In 1793 it became a part of Prussia. In the 19th century city industrialized very much. In 1918 citizens of Poznan rebelled against Germans and The Wielkopolska Upraising begin. Between the wars Poznan grew rapidly. During World War II, in 1945, Poznan was badly damaged in the battle between Germany and Russia.Then, after the war, the city, as every place in Poland, had to struggle with communism.

Culturally Poznan has an enormous amount of events and places to offer. In the city there are lots of theaters and concert halls, city organizes exhibitions and festivals (the most famous are Malta Music Festival, every year during summer and Jewish music event – Tzadik Poznań Festival). Important place on Poznan cultural map is Stary Browar (Old Brewery) Art and Business Center. 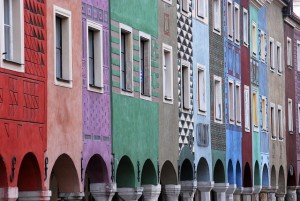 Malta – part of Poznan over the Maltan Lake shore. The biggest recreation facility in the city.

Old Market with City Hall – representative of Renaissance architecture. Every day, at the high noon, on the City Hall tower two goats appear. They are symbol of Poznan.

All of Poznan universities has their own dormitories, pleas contact with schools authorities to know more about accommodation conditions and costs. Additionally, Poznan has an independent accommodation resources – lots of hotels and hostels, where prices are different depending upon the location and standard. You can also rent a room or a flat in here. 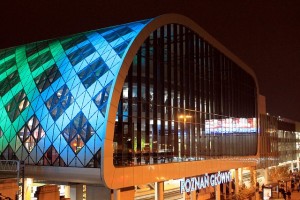 The public transport system in Poznan consists of tram and bus network. Trams are the core of the transport system in the city (with frequency of 10 min). Bus lines play a complementary role to the tram network. Poznan provides single fair tickets, short term and time limit tickets (the third one are the cheapest). You can buy them at kiosks (news stands), in ticket vending machines, at public transport customer service points and on board of the vehicles (but remember that drivers sell tickets only on the night service and on the suburban lines). Costs of tickets in Poznan are between 1,50 and 27 PLN (depends on the ticket type).