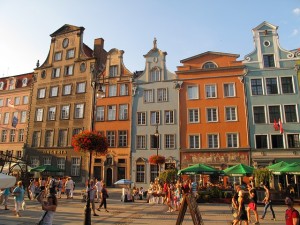 Gdansk is located at the Bay of Gdansk, at southern shores of the Baltic Sea. It’s a port city with famous Shipyard of Gdansk. With its neighbor cities – Gdynia and Sopot it forms a Tricity agglomeration (polish name: Trójmiasto). As being the biggest port city in Poland, Gdansk is a well developing center of trade. It is also a beautiful city of old tenement houses and medieval architecture.

There are about 29 public and private universities in Gdańsk. You can study medicine in Gdansk, where the best medical university is located in Poland. However, you have a variety of other choices as well: 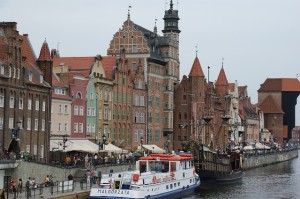 Gdansk is a city established over one thousand years ago. Because of being an important port city playing a key role in exchanging commodities between Northern and Western Europe and Central-Eastern Europe lands, its identity formed as a multicultural city, influenced by customs of different nations. In the 16th century Gdansk was the most wealthy city in Poland and a great cultural center of it. It is said that symbolically Gdansk is the place when II World War begins. Gdansk is also famous for its December 1970 events, when solidarity strike at Gdansk Shipyard begins. This was directly connected to writing so called August Agreements on 31 of August 1980. The agreement guaranteed forming first independent trade unions. Those events were crucial for ending of communism system in Eastern Europe.

On its cultural background Gdansk attracts thousands of tourist each year, mostly because of its unique architecture and numerous monuments and historical buildings. There are also few theaters, opera house, multiplexes and a philharmonic in the city. Gdansk is famous for its Dominican Fair – a trade open air event organized every year during summer holidays. 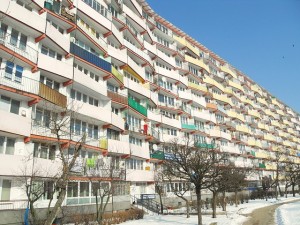 The longest block of flats in the World is located in Gdańsk!

The Dluga Street and the Dluga Fair Street – also known as the Royal Route- one of the most beautiful streets in the city. The oldest preserved houses on that street where build during Middle Ages. The most important secular buildings – the Hall of the Main City and the Artus Court are located on Dluga Fair Street.

The Neptune Fountain – symbol of Gdansk located in front of the Artus Court since 1633. According to one of the Gdansk legends it was Neptune himself who contributed to making of famous Gdansk Goldwater (alcohol). He got angry at people throwing golden coins into the fountain and hit the water with his trident so hard that the gold fell to pieces, forming small golden flakes which now shine in the bottles of  the Goldwater.

The Crane – most characteristic symbol of the city. The Crane stands over Moltava River. In the middle ages that crane was the biggest one in the whole Europe.

St. Mary’s Basilica – the Church of the Blessed Virgin Mary and, at the same time, the largest brick church in the world. Its interior displays many exquisite pieces of Medieval and Baroque art, including the stone Pieta from about 1410, a copy of the Last Judgment by Hans Memling, the original canvas dating back to 1472, the astronomical clock built by Hans Düringer between 1464 and 1470 and the main altar put up between 1510 and 1517.

The Golden House – it was erected in 1609 by Jan Speyman, the Mayor of the city. The construction was based on a design prepared by Abraham van den Blocke, who was also responsible for a part of the sculptural decorations which were completed in 1618. House is famous for its richly-decorated facade.

Beaches of Gdansk – as a see city Gdansk offers relax at the beaches, there are two guarded bathing beaches – in Stogi and Brzezno districts, and two more in the Jelitkowo and Sobieszewo district. Shore waters of the Baltic Sea are clean, so you can bath in them during summer season. 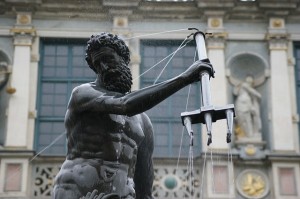 The famous sculpture of Neptun.

All of Gdansk universities has their own dormitories, pleas contact with schools authorities to know more about accommodation conditions and costs. Additionally, Gdansk has an independent accommodation resources – a number of hotels and hostels, which prices are different depend on localization and standard. You can also rent a room or a flat in here.

Public transport in Gdansk is provided by buses, trams, water trams and urban railway stations. Its easy to use transport between Tricity – Gdansk, Gdynia and Sopot (as well as other smaller neighborhood villages) are communicated with each other by a railway system. Traveling around Gdansk is available by all of above: buses, trams and urban railway. You can also travel by water trams, but they are more of a tourist attraction, then a transport way.

Available in Gdansk tickets type are: single fair (standard services or night/fast/special services), their cost is 1,50-4 PLN; and time tickets (up to 60 min standard services or night/fast/special services or up to 24 on all services), their cost is 1,80-12 PLN. City of Gdansk also entitles MZKZG metropolitan ticket, Tourist Cards and Polish Passes. Students under 26 (with document that they are students) can buy tickets for half the price.

Single fair and time fair tickets can by purchased in ticket vending machines, at kiosks (news stands), at ZTM ticket offices and directly from bus and trams drivers (only 1 hour and 24 hours tickets, only when the vehicle stops; passengers shall have prepared the exact amount of money for the ticket).

Railway tickets may be purchased at railway stations box offices.