One of the oldest cities in Poland and the second largest one. Cracow is a main tourist attraction, located on the Vistula river, in the region called Malopolska. It has a rich tradition as an academic, art and cultural center of Poland. It’s also well prospering economically. In its history Cracow used to be a capitol of Poland. The city has a number of national heritage facilities – hundreds of historical buildings and ancient monuments.

Higher education is part of Cracow’s heritage. In the XV century a first university in Poland was found – the Jagiellonian University of applied science. There is also an excellent engineering university – the AGH University of Science and Technology. Studies in English in Cracow can be a best way to pursue your educational career in Poland. 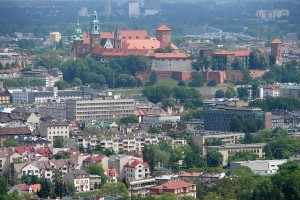 Studies in English in Cracow can be pursued in around 24 public and private universities in Cracow. The most popular of them are: 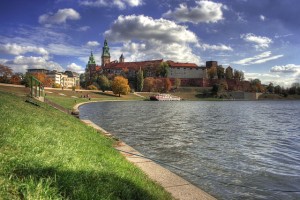 Cracow was established in the 7th century. In the beginning of 11th century Cracow became the capital of Poland and it formally remained it since 18th century (although political center of Poland has been moved to Warsaw since the beginning of 17th century). Since the beginning of 14th century all Polish kings were crowned in the city. In 1364 King Kazimierz the Great founded Cracow Academy (today known as a Jagellonian University). Back then Cracow was also known for its big Jewish community. Important fact in the history of Cracow was that Nicklaus Copernicus studied there (1491-1495). In 16th century Royal Castle of Wawel was rebuilt. In the late 18th century three countries: Russia, Prussia and Austria divided Poland between themselves. In the effect of it – In 1795 Cracow was taken by Austria. Then – in 1809 (during the Napoleonic Wars) the city became part of the Duchy of Warsaw. Another important fact is that most of Cracow was burned in fire in 1850.

During the World War II most of the Jewish population of Krakow were deported and killed by Germans.

Cracow has been city of the finest culture in Poland for ages. There are 36 museums in the city and a countless number of theaters, galleries, clubs, bars, restaurants and cultural centers. The entertainment life in Cracow pulse every day and night. There is a lot of to do in Cracow and as a proof of that can be tons of tourists visiting city every year. 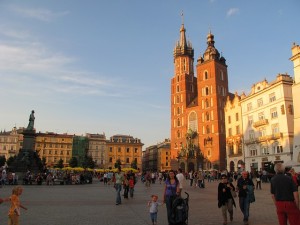 Wawel Royal Palace – the oldest kings’ residence, established in 11th century. Until 1501 kings of Poland were buried at Wawel Cathedral.

St. Mary’s Tower – a tower from which a trumpeter has played the bugle call to the four quarters of the globe every hour throughout the whole day for over six hundred years. It has 54 meters height and so to visit it you have to climb 239 steps.

Jewish Kazimierz district – Kaziemierz used to be an autonomous Jewish enclave, it’s famous for beautiful old tenements and nowadays – also for nightlife – a lot of clubs in Cracow are located at Kazimierz.

The Old Town – old and beautiful district in the city with legendary old tiny streets.

Churches – in Cracow there are located over 20 historical churches and each one of them is architectural precious.

All of Cracow universities has their own dormitories, pleas contact with schools authorities to know more about accommodation conditions and costs. Additionally, Cracow has an independent accommodation resources – lots hotels and hostels, which prices are different depend on localisation and standard. You can also rent a room or a flat in here.

You can travel around Cracow by buses and trams. The tickets (single fair, double fair, time valid tickets – 20 min., 40 min., 60 min., 90 min., 24 h, 48 h, 72 h and one week) can be purchased in: local kiosks, ticket vending machines at bus stops, on buses and trams in ticket machines (available in the new tram or bus models; they take coins only) or with a driver (you must be sure to hand in the correct change and additional charge is added onto the regular price of the ticket). Costs of Cracow tickets are between 1,90 and 48 PLN.